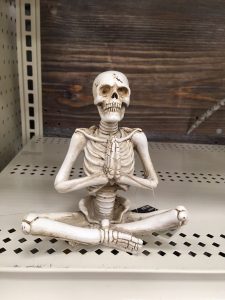 How many times have you tried and not succeeded at something? Is there one thing you’ve intended to do and just can’t seem to find the starting line? Like losing weight – only to gain it back again? Or you stop smoking, or drinking for a long time and then slipped up somehow?

I suspect you have something you mull over and over because you think it’s too late, you missed the boat, you’ve tried and tried and nothing works, and after all, opportunity is no longer knocking at your door.

My first book was published when I was 49 and I felt like I was so late to the party, fulfilling my purpose. Then I found out Julia Child published her first cookbook at age 50, what a boost of inspiration that was!
#1 – I beat her by one year
#2 – it meant I still had plenty of time to make it – to be a successful entrepreneur!

That was a while ago.

If you’re still breathing and “on the right side of the daisies,” it’s not too late.

One of my clients made the decision one year ago to change her life. She’s been overweight since she was five years old. She was made fun of and bullied as a young girl. The word diet has hounded her from the tender age of eight when she experienced her first weight-loss on the Pritikin diet, the first of many.

She started smoking at a young age which combined with her obesity, significantly increased her health risks. In her twenties, she was a meth addict and couldn’t hold a job. By her forties she didn’t think she could ever lose the weight, it was just too hard.

Then she found her inspiration, she locked in to her “why” and made the commitment to lose weight, improve her health and quality of life. When she started coaching with me she was always exhausted, everything about life was difficult and her attitude was saturated with what wasn’t working.

Every week we coached, she shifted her perspective, gained new insights and momentum toward the life she dreamed of living. And as she did, she began stepping out of her comfort zone in ways she never thought possible. Discipline learned by her commitment to early morning workouts positively influenced other areas of her life. She shifted her mindset, let go of old beliefs and excuses, and embraced her journey of transformation.

Not only has she lost 55 pounds toward her goal of 100, she quit smoking with more commitment than she did last time (~six months ago). Her level of stress, attitude, and how she deals with life are 180 degrees from just four months ago.

For over forty years, Keri lived with obesity, convinced there was no way out. This is an image of transformation earned on a journey of self-discovery (it’s more than just losing the weight). Her motivation, her “why” came after she saw her mother in the hospital twice last year and realized her way of life could easily take her away from her young daughter.

She is over half way to her goal, and as beautiful as I’ve seen her. If you notice a slight resemblance, it’s not your imagination. This is my little sister, (fourteen years my junior). I am incredibly proud of what she has done this year, and most importantly that she proved, it’s not too late. 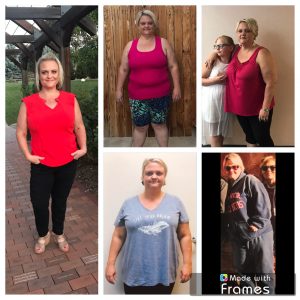 Monday the 22nd, marks one year since my 87 year old mother started her journey to improved health. She could barely walk 10 minutes when she started, now she walks at least an hour a day, is taking less medications and enjoys a healthier quality of life. She has learned that can can set and achieve goals and change her beliefs to support them.

She looks even younger than she did a year ago and I’m grateful that both she and my father are of (~relatively) sounds minds, still driving and headed back to California Monday to the winter place and excited about their road trip. 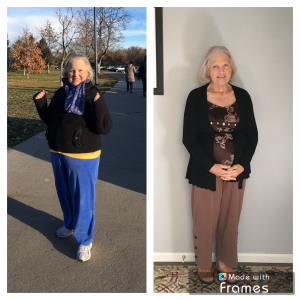 In case you’re wondering, no I don’t market to my family, nor did I ever set out to coach any of them as it could be disastrous. However my mission and is to help people become the BEST version of themselves, and I’m honored to share these are two very personal success stories to inspire you.
…It’s not too late.

(If you are ready to break-free of the wicked grasp of sugar and carbs, to reduce the inflammation in your body and restore whole body chemical balance, there is an easier way. Click here for details on new nutritional supplements I’m carrying.)