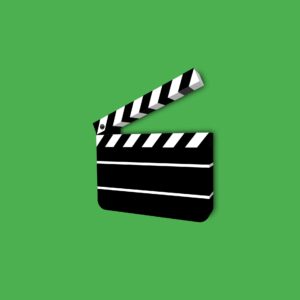 I’m really not much of a fan of “Reality TV”. I don’t understand the phenomenon of people tuning in to watch other people act out, be obnoxious and pretend to act in a certain way when we know most of what goes on is scripted. But, one day I decided to check out Gene Simmons Family Jewels.

I was intrigued to see that this show isn’t full of drama or the family screaming and fighting with each other. Instead, there is a lot of laughter, a few pranks and on most occasions a positive message. I’ve become a fan of the show because on Sunday night I can watch, have a laugh, feel uplifted and go to bed ready to start the week with positive vibes in my head.

Growing up I wasn’t a huge kiss fan (sorry Gene!). I was a hard rocker chick. But what has impressed me most about this show is although Gene has an ego and is at times overbearing and overly protective of his kids. This guy has a big HUGE heart. He will do anything for Shannon and his kids. But he also appears to play the role of a great uncle and humanitarian doing things for “The Troops, New York Firemen (because of his mom) and more.

What is refreshing about this show is that Gene is great at making himself the butt of a joke and what’s more endearing than someone who isn’t afraid to laugh at themselves and not take life too seriously?

There have been a couple of episodes where there was a bit of tension, but it always comes back to laughter at the end. And they display a normal, human side. In one episode Shannon wanted the family to play a murder mystery game at home and no one else was really into it. As the game started to fall apart, Shannon said something to the effect of “You guys go do what you want, I’m going to eat some ice cream.” A totally human, female down-to-earth response.

The other interesting part of the show for me is that this man is a marketing genius and is always working a deal. Always has a new idea and finding a new way to brand something and bring more of his products to market. With an extensive background in sales and now a business owner. It’s food for thought.

But although Gene has a great sense of himself and his accomplishments. It’s funny to watch Shannon call him “Genie” and send him off to a therapy appointment she won at a charity auction. They seem to have a good balance in their relationship with both of them calling the shots at times.

Gene “gets” many of the principles I talk about and share with people on a daily basis. He truly believes whatever he decides to do will be successful. He has a great attitude about life even though he appears very set in his ways in some respects. From watching the show, it seems Gene views everything as an opportunity. I don’t hear him complain much or waste time with people that don’t get it or are wrapped up in drama. Laughter as always is the best medicine.

It’s a good show for teen too as Nick and Sophie are both little hotties in their own rights and talented.

Kudos to Gene and his family for creating and sharing episodes of light hearted, entertaining TV! What a refresher. Check them out on A&E. http://www.aetv.com/genesimmonsfamilyjewels. Or www.GeneSimmons.com.