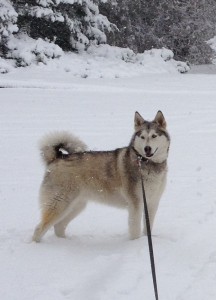 It’s a cop-out. One that I hear women use all the time. “Well if I was in charge…” or “They didn’t ask me, but if they did I would…” So my question to you is, why give all your power away and assume that your ideas or what you think aren’t important?

Yeah, I know if you’re in the corporate world there are boundaries and often it feels scary to cross them. But the individuals that I know and respect as leaders are smart enough to surround themselves with people who are smarter and often more talented than they are. Great leaders know that great ideas can come from anywhere and anyone.

Here’s the best part–you don’t always have to say something. You can lead through your actions. You can make suggestions in a more subtle way. But, before we go there, when is the last time you had an idea but were afraid to speak your mind? What stopped you? Were you concerned that other people wouldn’t value your opinion? Were you nervous that your idea might have been too far outside the box? It’s easy to get caught up in the popularity contest of working with other people. But that isn’t the way you become a successful leader.

Being a leader means you have the—I’ll use the word gumption to go in a different direction. To create a vision that others may not have thought of yet. Being an authentic leader means being true to your purpose, what you feel and sharing that vision of what could be.

If you look back to the great discoveries, innovations and progress that have been made in the last hundred years, none of these things wouldn’t have happened if the inventors said, “Well I don’t know if I should say this, or do this they might laugh.”

Think about Wilbur and Orville Wright when they were inventing a flying machine that would take off the ground and go into the air. New idea, not yet successful. Do you think they had crowds of people saying “Bravo! Go for it, what a great idea!” Not likely, given the nature of people. No people thought they were nuts and wasting their time. But they persevered because their focus was on flying, getting the airplane off the ground. They didn’t spend time contemplating all the reasons the airplane would never lift off because of all the ways it didn’t work.

One of my favorite quotes of all time is from Thomas Edison, “I have not failed. I have just found 10,000 ways that won’t work.” Killer attitude! How many times do you embody that type of conviction?

Life doesn’t deal out failures, life gives us experiences as lessons to learn what works well, and what—not so much. Perceived failure isn’t the end of the world. It is simply a learning experience. Adjust your sails and head off in a different direction.

The mindset, vision and attitude of a leader is critical to being successful. You can’t lead when you’re always worried about what other people think and whether they’ll adopt your idea or not (the world was not flat after all!).

Becoming a respected leader doesn’t happen overnight either. Start out in small ways. Have an opinion vs. always going with what everyone else thinks. If you have an idea and are afraid to bring it up in a meeting send an email, or create an example of the report, spreadsheet or process you think will make something more efficient. Be creative both in your approach and how you present it. The risk may make you uncomfortable, but the reward for stepping out there is always a phenomenal rush!

1. Success comes from collaboration with the pack. You hunt alone, you will starve.

2. Take care of yourself first—it is essential to the success of the pack.