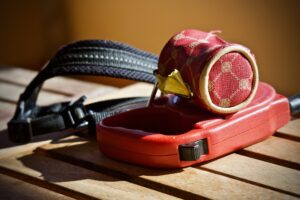 When you’re attempting to avoid someone or something—when you are “fighting” those thoughts in your head, it takes a lot of energy! And depending on what your fighting it can suck the life out of you.

Declaring (literal) war on someone or something (or your resolve) will only send more energy to what you don’t want to happen. You’ve put this thing you don’t want squarely in the midst of your focus, and now you have to use your forces to fight it whenever it shows up.  And it shows up more often.

A couple of weeks ago when we had some warmer weather in Denver, I encountered several careless dog owners that had their dogs off leash on walks, and in the open space in my community which is not an off leash park last I checked.

Walking with two dogs that outweigh me by 100 pounds I’m always conscious of other dogs around me. It’s easier to move off the sidewalk and give right of way to other dogs. My pack typically isn’t aggressive and doesn’t even acknowledge other dogs when we walk, unless someone else starts with the smack-barking.

Several times I saw little dogs off leash running towards us. I stopped called out to the owner to please leash their dogs and they slowly looked up from their phones, looked around and began to walk after their dogs that were running full speed toward us. Yet if anything happens to their pooch, they’ll be upset with me.

A week ago a little terrier of maybe three pounds was running full steam behind us with no owner in sight. I yelled, “No!” but he continued to run after us when we turned around to resume our walk. I said, “No, go home!” By this point I have 220 pounds of dogs pulling against me to get to the little one. It must have been a hilarious sight, but it took about four times of telling him to go home until he got the smell of something really intriguing in the grass and forgot about us. I was really irritated.

I realized when I got home that this had happened three times in less than two weeks and duh, I was going out on our walk halfway expecting an off leash dog incident to occur.  As soon as I realized I was heading out to walk focused on what I didn’t want, I stopped, took a few deep breaths in the garage and visualized our walk seeing dogs on their leashes. Did it work? You bet it did! I’ve not had an issue since. This morning a guy that regularly runs with his dog off leash (who growls at other dogs) saw me before I saw him—and had the leash on before we crossed paths.

There is a lot of political drama going on in the world today. And while I won’t comment directly on politics I will encourage you to think about your attitude toward what is happening. Are you expending a lot of energy toward it? You can disagree with what’s happening and still stay focused on your goals and how you want to live your life. And if you want to get involved to create political change—stay focused on what you want and stay out of “bashing” mode. You’ll be far more successful. Your thoughts and words are like mirrors and sooner or later will reflect back at you where your focus has been. Be sure your focus is in a healthy direction.

Home » Blog » It Takes a Lot of Energy to Fight