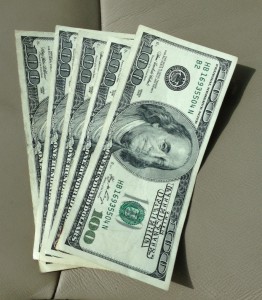 Are the old tapes still paying in your head? You know the ones like, “Money doesn’t grow on trees,” or “they’re filthy rich.” There’s a lot of conditioning you absorb when you’re young,  and as you grow as a result of your experiences in life.

If you’ve never had enough money, or always had “money problems,” my guess is you don’t have a very positive relationship with money. There’s no trust at the basis of your relationship that “money” will deliver. And how can it if you’re consumed with thoughts about lack and not having enough?

I met a health practitioner about four years ago. She was someone I interviewed, and it thoroughly intrigued me that she had a very healthy relationship with money. She told me her life story, including issues she had from getting pregnant at an early age. But one thing she said played in my ears for weeks, she said, “I’ve never had any issues with money. It’s like everything I touch turns to gold.”

This woman had a ranch the Colorado Rocky Mountains, her practice was booming and her belief system was, there’s plenty to go around, and more is on the way.

I’ve done a lot of work on my beliefs about money in the past two years. I had to—you don’t end up nearly homeless from starting your own business because your mindset is healthy! I learned to shift my fear of where the money will come from, to a true belief in the constant flow of money with more coming in every month. And it works. I give freely to help other people and causes and I receive even more in return.

On the flip slide, lack is a huge deterrent to creating wealth. When your daily dialogue regularly includes “I can’t afford it, I don’t have enough money, I live paycheck to paycheck, I’ll never have enough to buy my (fill in the blank)”  you’re pushing the money you so desperately want away.

What if you started saying, “I always have enough!” Or even better, “There’s always more than I need.” When those words are what you brain hears over and over you will quickly change your relationship to money. Money will feel welcome in your world.

Home » Blog » Does Your Relationship Improve Your Finances?